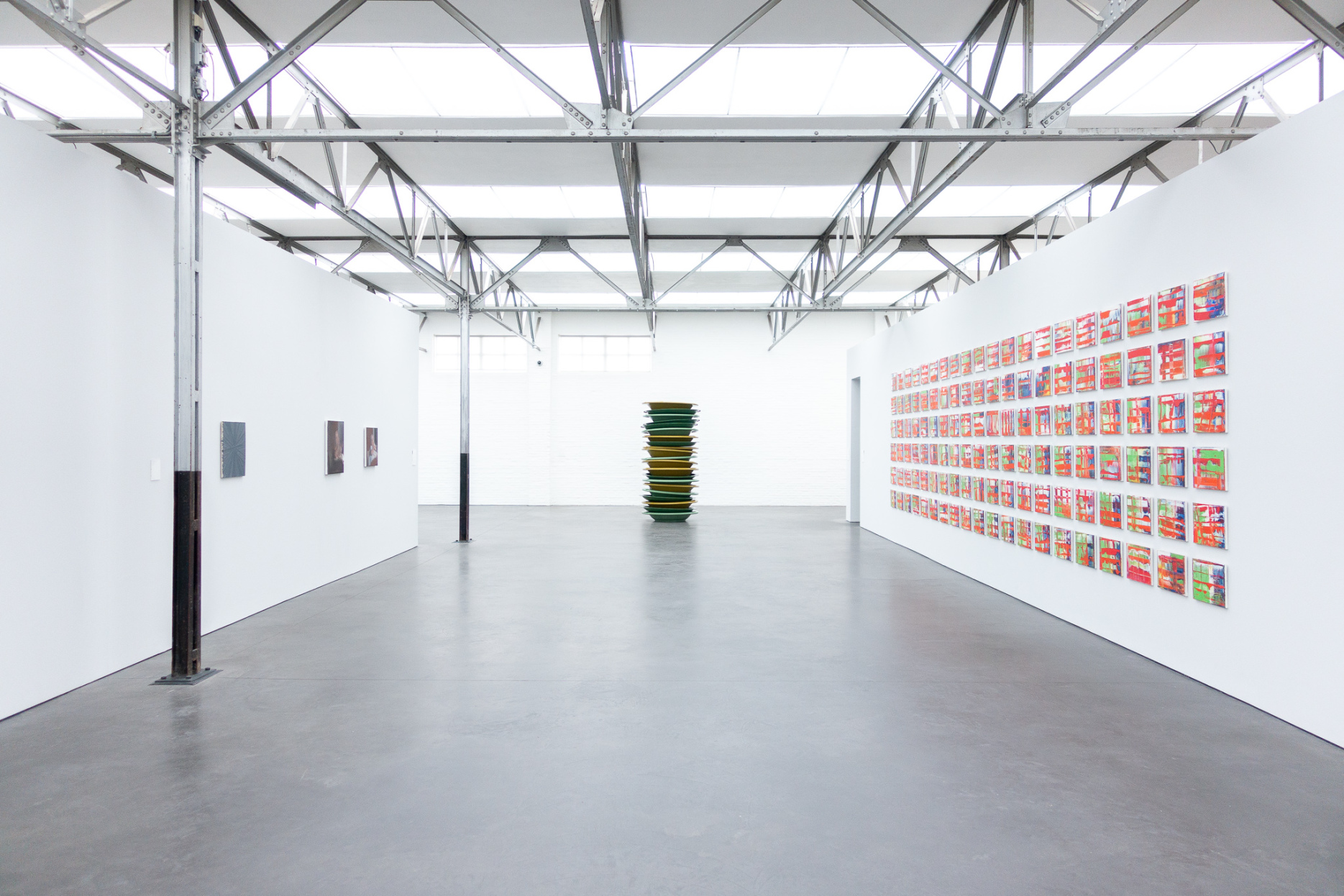 Born and educated in former East-Germany, Richter fled to the West in 1961, leaving behind the work he created up until then. Most of his body of work pre-flight is unaccounted for and definitely badly documented. Richter had his first solo-exhibition in 1964 and represented Germany in the 1972 Venice Bienniale with a series of 48 portraits of uniform size, reproduced from actual photographs.

Richters work varies between quite some extremes: photo-realistic figurative paintings (deliberitely blurred sometimes), minimalist abstract paintings (like the “Grauer Bilder”, plain gray canvasses) and this work that contains elements of several methods. 120 uniformly sized canvasses are on display in a 6 x 20 grid. The small paintings themselves also contain grid-like elements. At some points Richter scraped off the applied paint, revealing colors that were applied beneath it. The viewer gets an extensive insight in the way Richter worked on this piece with the strongly applied paint, and the sweeping movement of the paint-scraping.

The work “Without title” (2010) by Robert Therrien is visible in the background: a version of Therriens famous stacked plates sculptures. Larger-than-life versions of everyday objects like folding chairs, dining tables, and kitchenware were a recurring motif in Therriens work. 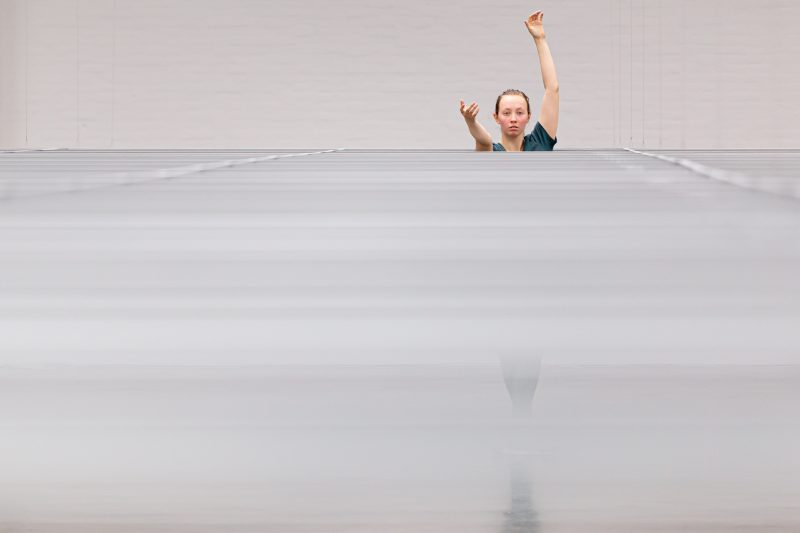 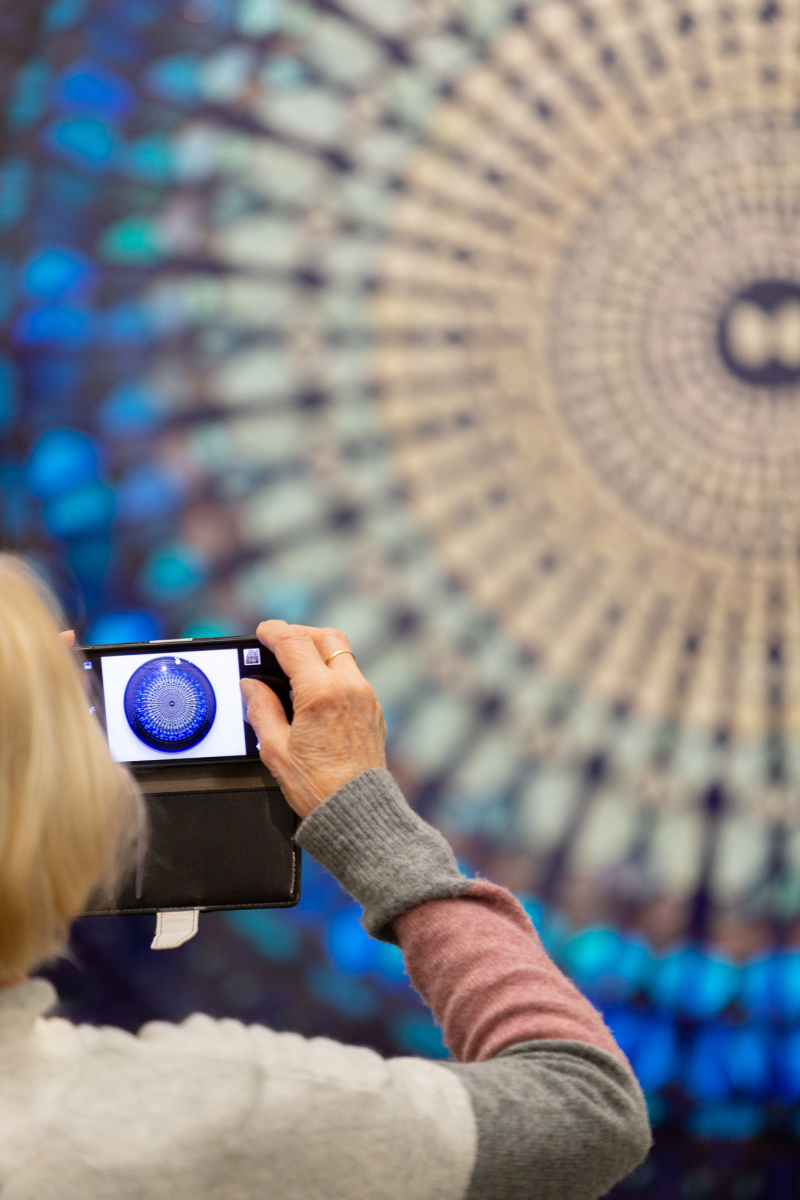 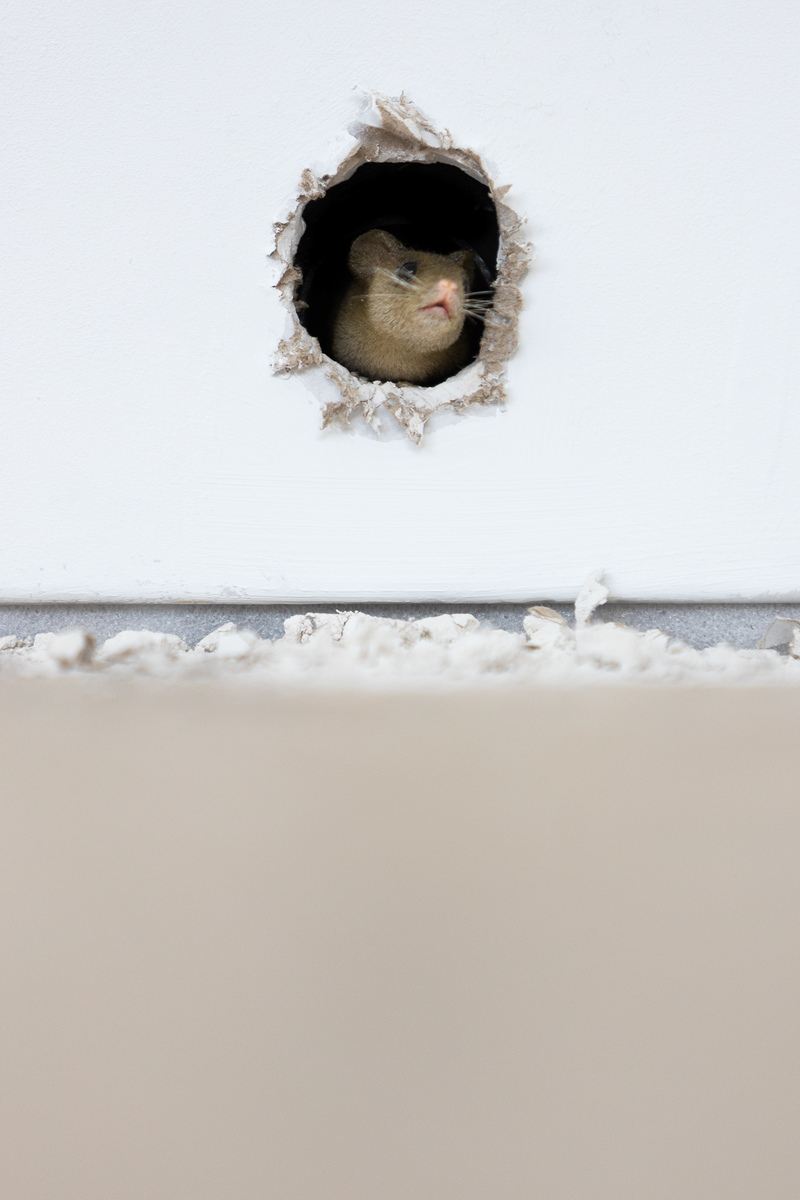 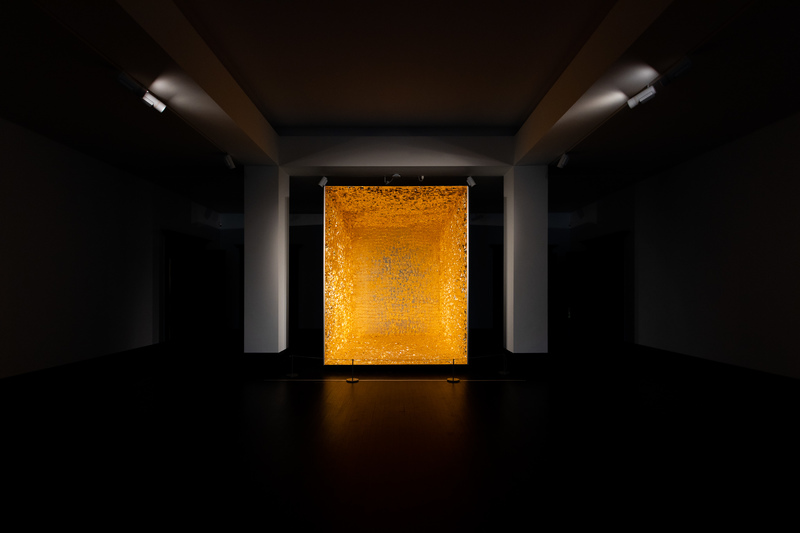