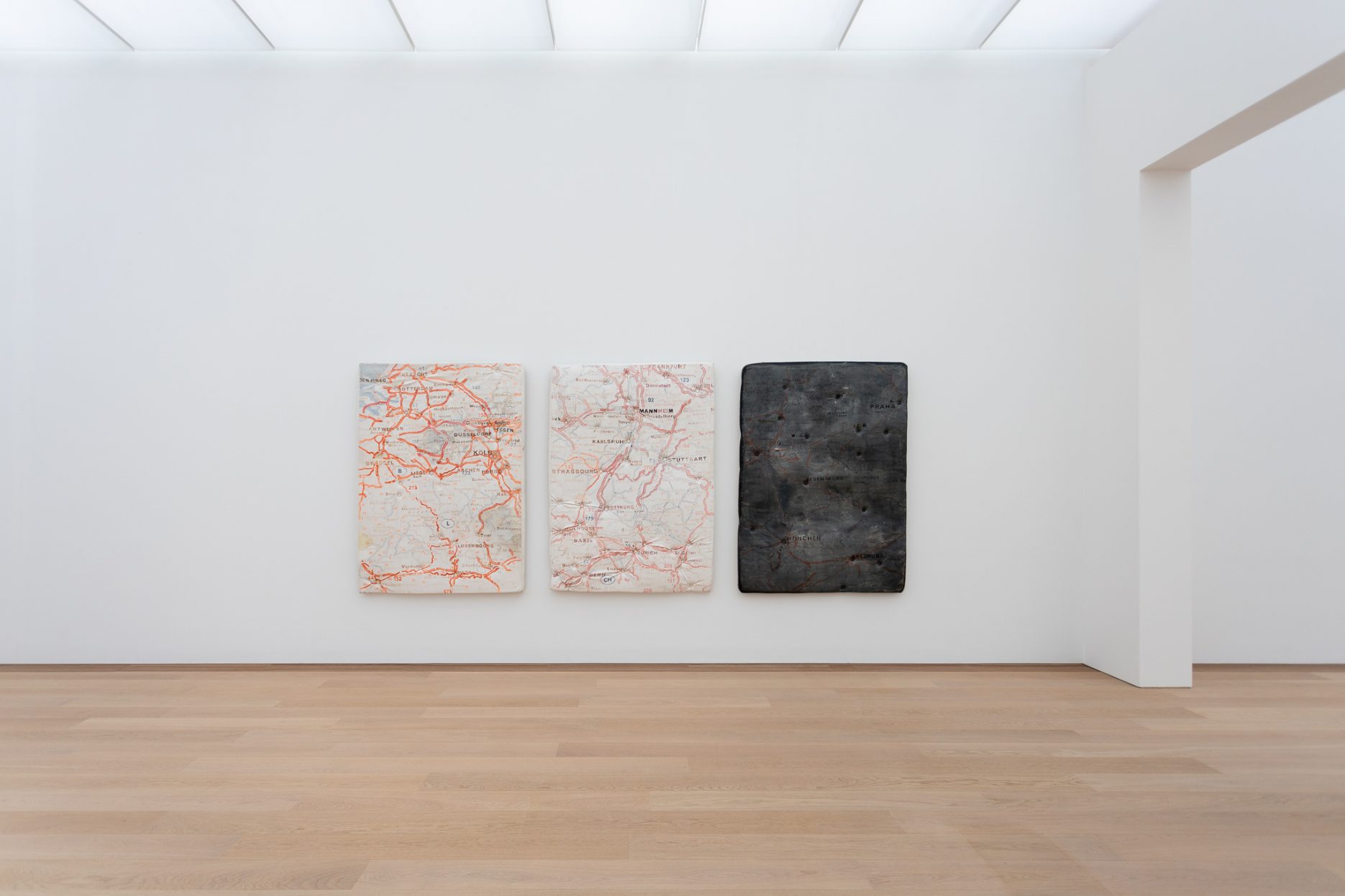 “Praha – Den Haag” (1989) by Guillermo Kuitca, consisting of 3 painted mattrasses. Three different maps are painted on them in different shades, stretching a Western European area from The Hague to Prague. The oddly placed buttons are major cities. The shapes, stains and bumps in the mattresses become part of the landscape in the maps. The notion af a bed, a mattress, something so personal being combined with something as public and openly shared as a road map is a beautiful contradiction, illustrating the human being. 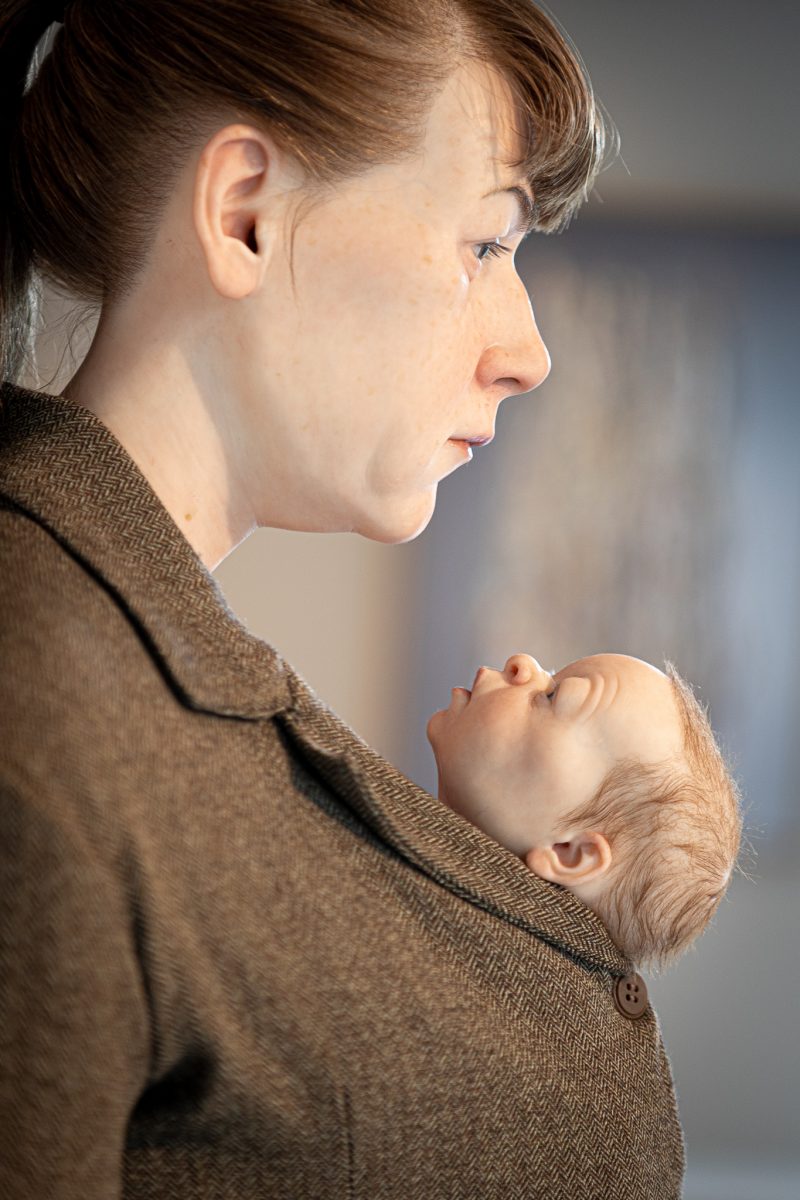 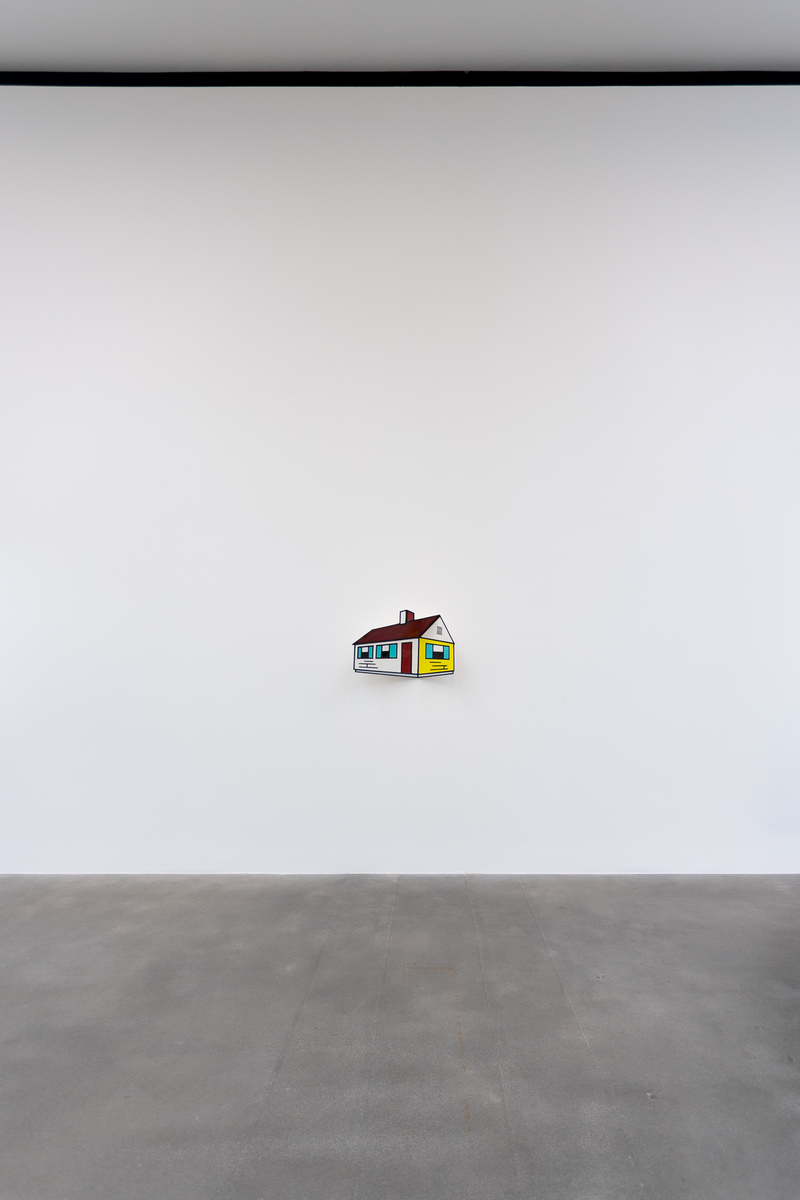 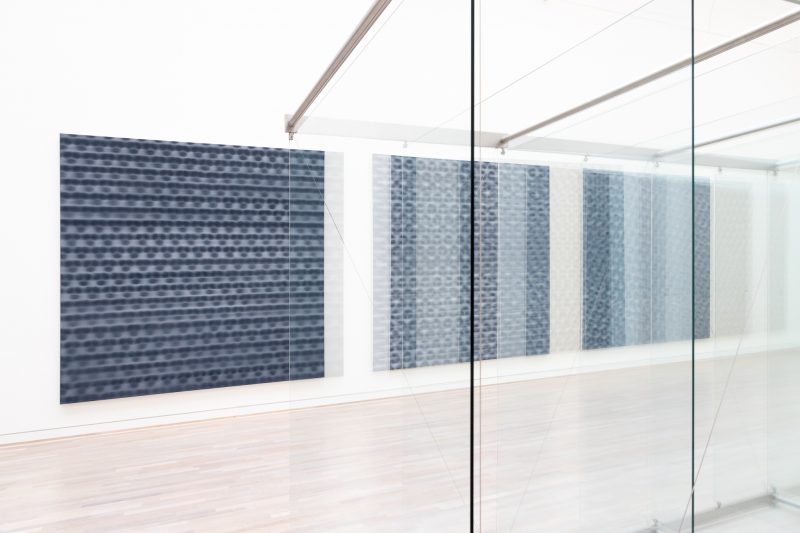 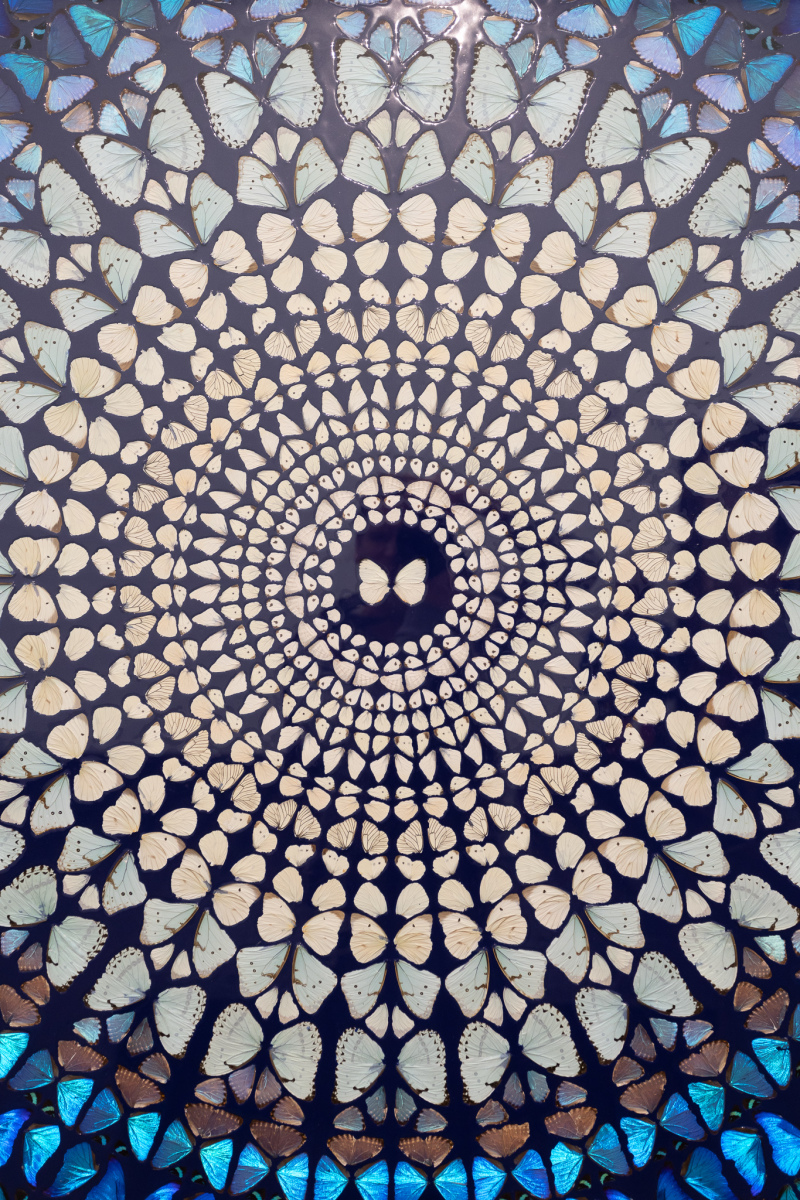